This year has been huge for Energy Storage. Investors are pouring Millions into various new chemistries in the hopes of taking a piece of the global ESS market. Ideas that were being brought out of the lab in the early 2010s are finally seeing the light of day now that early pilots have been proven successful. One such company is Natron.

Natron Takes On Lithium, But Not Directly

With capital from ABB to Khosla Ventures – Natron is hoping their Persian Blue & Sodium Ion based battery can out perform Lithium in reactivity, used minerals and environmental risk. However, based on the niche market Natron is attempting to address it seems that they are really targeting projects where Lead Acid Batteries are still being utilized.

Data Center UPS, Electric Forklifts, Smart Grids and similar applications are Natron’s focuses based on information provided on their website. It makes sense, Natron’s batteries based on its Chemistry means it can be made cheap at scale, has fast charge and discharge capabilities similar to capacitors and can cycle tens of thousands of times before needing replacement.

A bit of history on Persian Blue Electrodes

Persian Blue sounds like a paint color you would find at Home Depot. In fact it was at one point used to create a blue pigment but as of recent in the last decade it has been discovered that it hold certain material properties that give it advantages as an electrode. The material is actually abundant and inexpensive while still providing a modest energy density with research claiming the energy density can be drastically enhanced.

Natron is one of the leaders in attempting to utilize Persian Blue Electrodes paired with Sodium-Ion Electrolytes to create meaningfully strong batteries. 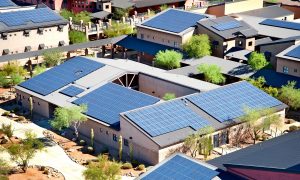 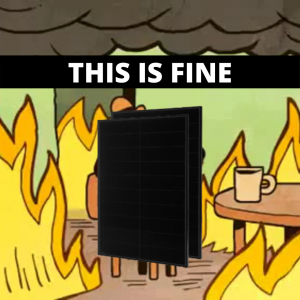