Tesla Model Y rollout is really starting to roll and reviews are pouring in! In short? People Love it. The Model 3 is the best selling electric car in the world and was the 9th best selling of all cars in the US in 2019. Pair that with the massive popularity of crossovers in the states and it’s easy to start to theorise if the Model Y will sell even more than the 3 and maybe even dominate gas-powered cars. At this rate – can anyone unseat Tesla from their throne?

To start, here’s where the Model Y sits in it’s class. The Jaguar I-Pace S beats it in horsepower, The Ford Mustang Mach E has a higher capacity battery, and the Hyundai Kona Electric wins at price. But the Model Y dominates in Range, Charging speed, and Top Speed and isn’t the second cheapest. The Model Y seems to rise as the best bang-for-buck in its class.

And that’s just considering the car, we can’t forget that unlike the other companies Tesla actually invests charging infrastructure.

So the Model Y beats out the other crossovers on the market and Tesla is winning a lot of hype. There is one other company that seems like it can rival people’s excitement: Rivian.

And instead of battling it out in the crossover market they’re taking shot at the Truck and SUV markets.

And it might just be us, but we’ve been hearing a lot more people in our circles excited about Rivian’s R1 than the Cybertruck, but they’re slated for launch in late 2021, whereas Rivian’s R1 is supposed to hit the market first in late 2020. That might change as Rivian shuts down their factory construction while Tesla fought to keep their factory open as long as they could (the Sheriff had to tell them to close).

That also speaks to the different cultures and approaches the companies hold. Jon Gertner at Wired described Rivian as having “lightness and optimism in the ranks, even with the monumental challenges at hand.” Yes, they still have an intense mood, but he said Tesla on the way to launch the Model S was more like “an army, following a general, marching headlong into battle.”

This is where the real battle will play out if Rivian can get it’s vehicles to market fast enough. 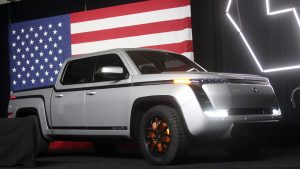 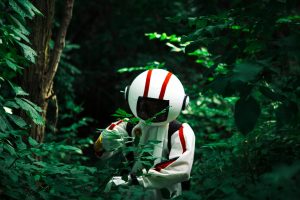 Working on saving the planet: Even robots will get a green collar job 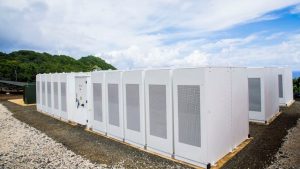