Frontier technology is always “almost” here, but the conversation around a 1 Million Mile Battery Pack has heated up with an old incumbent – GE – joining the conversation. We all have heard of Tesla working on a Million Mile pack, but even with significant jumps in energy density of a single cell it still feels that it will take years before we hear about cars with Million Mile ranges on their packs.

Coming from GE we highly doubt we will see anything soon – especially since they haven’t released an EV to the market yet. However, what interests us more is the fundamentals behind a 1 Million Mile battery pack.

The needed progress in chemistry

For us to reach 1 Million Miles on a battery pack there are a two generalized ways to approach it:

Fundamentally, current lithium based batteries solutions are flawed in the sense that they don’t provide an energy density significant enough for us to reach a 1 Million Mile Battery Pack – or the equivalent of of 10,000 + charging cycles before that 20% – 30% degradation point hits where the packs have to be recycled or repurposed elsewhere.

However, there are a number of companies exploring cobalt free solutions that would help move the chain closer to a Million Mile battery, but not far enough.

Then there are companies like Nanotech Energy – who just raised $27 Million by the way – who are building graphene based battery solutions. Graphene still remains in the frontier bucket in terms of real world adoption, but it has shown significant promise as a way to make real progress towards a Million Mile battery solution.

Looking at this space as a whole, there is still a long way to go and a significant number of breakthroughs required for this to become a mass market solution based on chemistry alone.

The best part is that we aren’t solely relying on scientific breakthroughs to get there however. Pack size and improving efficiency for charging infrastructure all play big roles in ensuring the health of battery packs – which will also contribute to longer lifetimes.

What we believe is that we will see longer lasting batteries in big rigs before we ever see them in passenger vehicles. The reason being is more space to play with. Even with sub-par energy densities from current lithium batteries for a million mile battery pack there is a huge opportunity for over sizing and building in efficiencies in energy usage throughout trucks & big rigs to reduce the amount of usable energy. This would be building redundancies into the battery to guarantee that it can survive the rigorous charging cycles it will have to deal with over its lifetime.

It operates as a compensation for the lack of high energy density & resilient batteries, but it can help get us closer to the elusive goal these corporations are after. 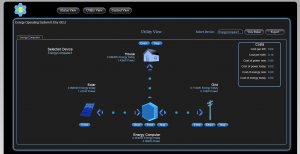 Electric Vehicles As Portable Storage For The Grid 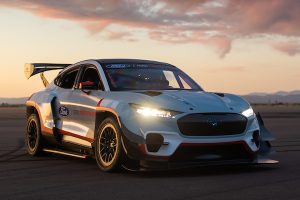