We’ve talked about hydrogen electric vehicles and hydrogen a lot on The Impact. So it’s no question that we are heavily bullish on the potential of hydrogen as a future fuel source. However, many people still bucket hydrogen into the “10 years out” category.

We on the other hand see hydrogen as making impact today ranging from vehicles to new pipeline development and resilience efforts across the grid. This past week has shed light on how across the US hydrogen is making its mark today and where all its breaking ground.

Hydrogen as a replacement for natural gas

Let it be known that natural gas is going no where anytime soon. Which is the whole reason why Berkshire Hathaway purchased Dominion Energy’s natural gas business. Natural gas and Hydrogen are going to have the relationship ICE vehicles will have with EVs.

Much like EVs are exploding in popularity with all the major car makers announcing their own EV lines – Hydrogen development is going to have similar impact in the energy & automotive/transportation industry. Both will still exist just market saturation will flip flop around the 10 year mark is our thesis. Especially since coal is being phased out natural gas will be used in large quantities over the next 10 years as the US invests more into hydrogen development.

One such project breaking ground to replace natural gas and push hydrogen infrastructure is a town in Saskatchewan!

I know, not in the US, but for the purposes of keeping you informed just assume Canada is by association US.

The project in Saskatchewan, Canada is being developed by Proton Technologies and is an attempt and proving that they can develop hydrogen infrastructure to support the town and hopefully export 10% of the total worlds energy needs. Ambitious, but with the way the market is growing and major companies investing in the space, if Proton Technologies breaks the technical barrier they could have a massive business on their hand.

Bloom Energy – one of our favorite companies and have been watching – has announced that they are starting to adapt their existing fuel cells that are used for natural gas to serve hydrogen.

They, along with companies like Plug Power are heavily betting on electrolyzers as a big business. The benefit Bloom Energy brings to the table is that it has developed it’s fuel cells in house and has the highest efficiency of all currently in the market, per its founder and CEO KR.

With South Korea being their primary focus right now due to its aggressive hydrogen roadmap I doubt it will be long before the US begins to invest in infrastructure to follow what is being done across the world.

Look, I love cars – I just love the engineering behind them and especially the performance side of vehicles gets me excited. Which is why we have talked so much about Rivian and the logic behind using hydrogen in passenger vehicles.

But here’s the thing – most people don’t buy on pure logic only. Which is why we are so excited for Hyperion – the stealth startup that claims its bringing space technology to the road – which is releasing its first super car that is said to be powered by hydrogen and “blow us away” with its specs.

Naturally Covid-19 killed the launch party at the New York Auto Show this year but the hype still exists. We don’t believe hydrogen will be as big in the passenger vehicle space in the US as Toyota believes with its Toyota Mirai which looks great in the new redesign. But hydrogen will be used in large transportation vehicles and industrial settings and that by itself is a big market. For the niche that wants a hydrogen car for the purposes of owning a “hydrogen car” Hyperion will fill that gap on the higher end and companies like Toyota will own the middle class.

The amount of progress we are seeing weekly from great innovators and companies across the world in the hydrogen space proves that hydrogen is here to stay. 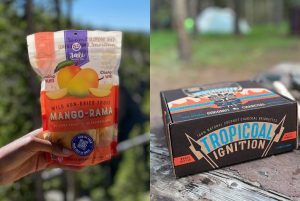 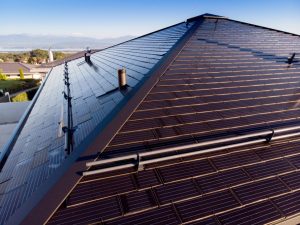 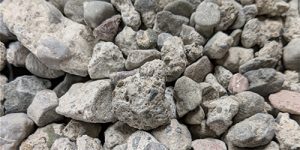 Turn CO2 Into Gravel – Save The Planet