Explaining The NKLA Stock Surge. Do HEV cars stand a chance against BEV?

This past week has been crazy for the stock market as a whole – especially for newly IPO’d Nikola Motors, the Hydrogen Electric Truck manufacturer that has a similar allure to Tesla. People are even drawing comparisons in personality between Elon Musk and Trevor Milton.

We’ve talked about the comparison between Nikola’s Passenger HEV pickup truck vs Tesla’s Cybertruck before and the clear advantages it brings to the table from a weight, range and refueling standpoint. Not to mention we’ve seen large companies like VW go into deep detail explaining why HEV would never make it in the passenger vehicle space – citing lack of infrastructure and high inefficiencies at a passenger vehicle level.

But yet people remain highly bullish on hydrogen – even the team at The Impact – due to the value of infrastructure.

NKLA this past week reached $79.73/share and fetched a valuation of over $22B – putting it in the value range of Ford. Now these spikes aren’t anything to really call home about, but it does show that there are investors that remain bullish that HEV will beat out Tesla BEV in the heavy duty vehicle market.

Now there is a market segment for HEV to dominate in and the reason Nikola [NKLA] remains a really interesting company is because their go to market surrounds the idea of building trucks for both large enterprises and passengers as more of a “brand building” exercise. They seemingly understand the money is in the infrastructure and owning those Hydrogen Refueling Stations long terms. But the core business model of building Hydrogen Refueling Stations isn’t a new one. Looking at companies like Plug Power – which also build hydrogen refueling stations and have been around longer – show that Nikola is taking a page out of Musk’s book when it comes to intelligently building out the infrastructure for re-fueling stations.

The big rig/commercial sector is where hydrogen fits in really nicely. As a replacement for Natural Gas and for helping power a modern society. The arguments for passenger vehicles being HEV powered may make it in certain cases, but for mass market – hydrogen needs to lean into big rigs and that’s what a number of companies & countries are doing. Even the California CEC has shown how Hydrogen could reach price parity with gasoline within the next 5 years.

Stock price jumps like this again don’t mean much for the future of a company, but they do trigger a need for analysis. We remain bullish that Hydrogen will be a key source from which we draw power from in the near future. Nikola will likely become one of the key incumbents dominating this space. 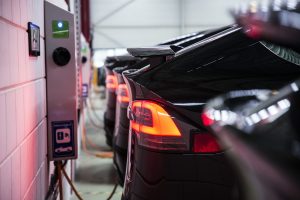 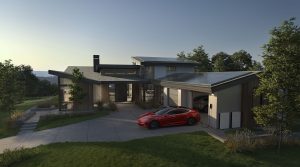 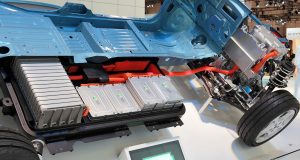