Hope everyone is keeping safe & healthy – the NBA has started to broadcast NBA 2K20 games being played between players…so ESPN is now an E-Sports channel I guess. But the boredom for some has set in and this Youtuber has an audacious goal to recreate the E A R T H in 1:1 scale in M I N E C R A F T. Welcome to the start of the matrix – hopefully the 1:1 recreation shows a utopian world where everything is powered by clean energy sources and we all live a carbon neutral & enjoyable life.

In your inbox: A Tesla Solar Roof type solution that can be used to turn historic buildings into power plants; Coal no longer is better financially than renewables; how our oceans are doing and soo much more. 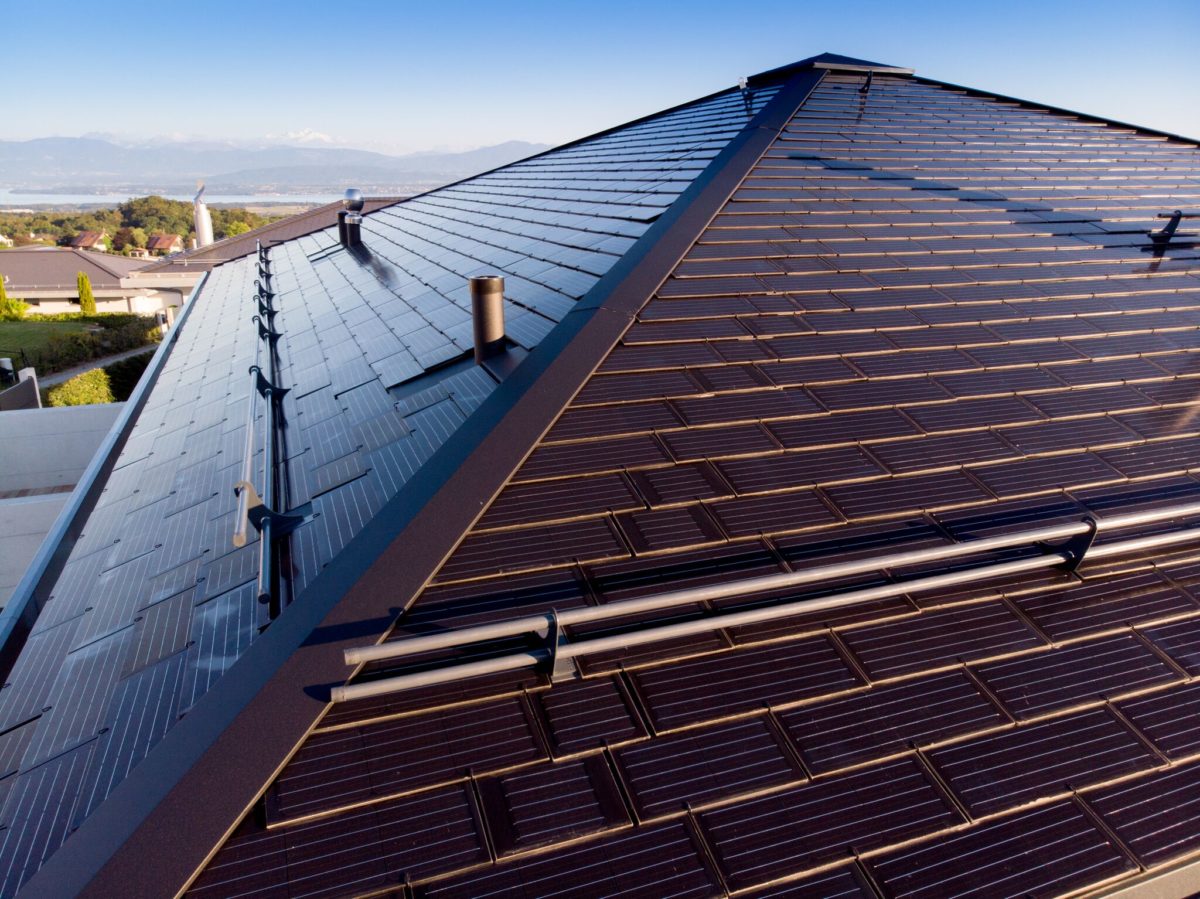 Historic buildings are tough to work on, especially as a re-developer. I have first hand experience with that. A project in Canton, CT got killed after 3 years of trying to work with local and gov’t agencies in order to restore an old axe manufacturing plant into a self-sufficient power plant – it even had functioning turbines that used to power the plant from the river next to it. However, this deal got killed because for us to implement solar – which was necessary to reduce the development costs [love us some Federal Solar ITCs] – we would have to chop about 18 acres of land in the back of the property, which was a no go for us even if we wanted to do so. This was all caused by the fact that putting solar up on the roof would hurt the historical design of the original building and wouldn’t get us permits.

Which brings us to the Swiss company – Freesuns – which has been designing and piloting a “tesla solar roof” equivalent product for historic buildings where they utilize their tile like design to maintain the historic building’s roof look and feel.

Just take a look at the 8kw system they installed on the Grand Chalet. 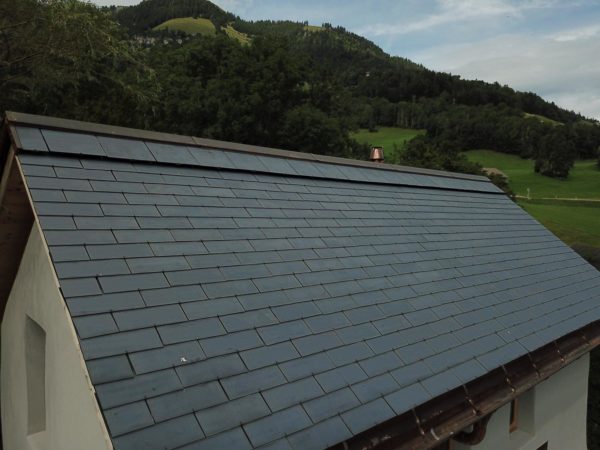 Now when it comes to solar roof tiles, building integrated PV and this whole “how to best hide those ugly panels” industry is shaping up it – the core question that we all need to ask first is “how good is the power production at what cost?”

That’s where Freesuns has impressed us – their standard tiles which go for $299 are rated at 154 W/m^2 which means that they are able to move product for $1.94/Watt. Now that is way higher than buying even premium end panels for commercial buildings – in fact we have seen full solar projects developed for sub $1.94/Watt. To add to the confidence they are backing it with an 80% performance guarantee until year 20 and due to the modularity – their tiles will cover a full building – which they need to do if they want to compete in a tough solar market.

So why do we find Freesuns commercial PV integrated solution for historic buildings interesting to say the least.

A number of historic building restoration projects can be heavily subsidized by local and federal grants. Tax credits being another funding source that bring tax-equity dollars into the mix. Pair that with solar ITCs and any local utility/state incentives and you have yourself a project possibly kicking out a 12%+ IRR – not even factoring for the potential of PPA revenue from solar.

Now that doesn’t mean every project is a slam dunk, but, it makes most worth looking at. Even at the price point Freesuns is sitting at it opens up a Pandora’s box of opportunity to start to redevelop historic sites as modern day self-sustainable green buildings.

The doomsday clock has been updated: it is now 100 seconds to midnight. Even at the height of the cold war we never crossed the 2 minute mark at 11:58. Bulletin of the Atomic Scientists President and CEO Rachel Bronson said “the world has entered into the realm of the two-minute warning, a period when danger is high and the margin for error low. The moment demands attention and new, creative responses.”

In a statement the Security Board members said that humanity continues to face two existential threats: nuclear war and climate change. But the new move closer to midnight is driven by cyber-enabled information warfare undercutting society’s ability to respond, and world leaders allowing it to proliferate. So with that dark start, here’re some things that could help save us:

A major new scientific review says that we have a narrow window of opportunity to be able to restore the world’s oceans to their “former glory” within a generation.

So we have this window – what’s the prescription? In order to achieve this, they say, we need to protect large swathes of ocean, practice sustainable fishing and mandate pollution control. It could cost billions of dollars a year, but they estimate the benefits would be 10 times as high. The alternative? Our ocean ecosystems collapse and our grandchildren inherit a polluted watery wasteland without any life. That’s not good for industry, and definitely not good for humanity.

It’s not one and done though: the climate crisis must be solved so the oceans don’t fall to acidification, loss of oxygen, and the devastation of coral reefs first. Luckily, awareness of the problem is turning the right direction, and we have people working to solve it.

Researchers at the Australian Institute of Marine Science are using a method called assisted gene flow to crossbreed 25 strains of coral with “super corals” that can survive increased water temperatures. It’s in the early stage, but has shown encouraging results in their sea simulator and where they’ve transplanted on the reef.

Damn it, Jim, we’re – well, no, we’re not doctors. And we’re not here to talk about COVID19 itself, but the effects it has on industries. This week, COVID19: The Solar Edition.

California Usually Has Too Much Solar Energy – COVID19 Means Wasting Even More Of It. 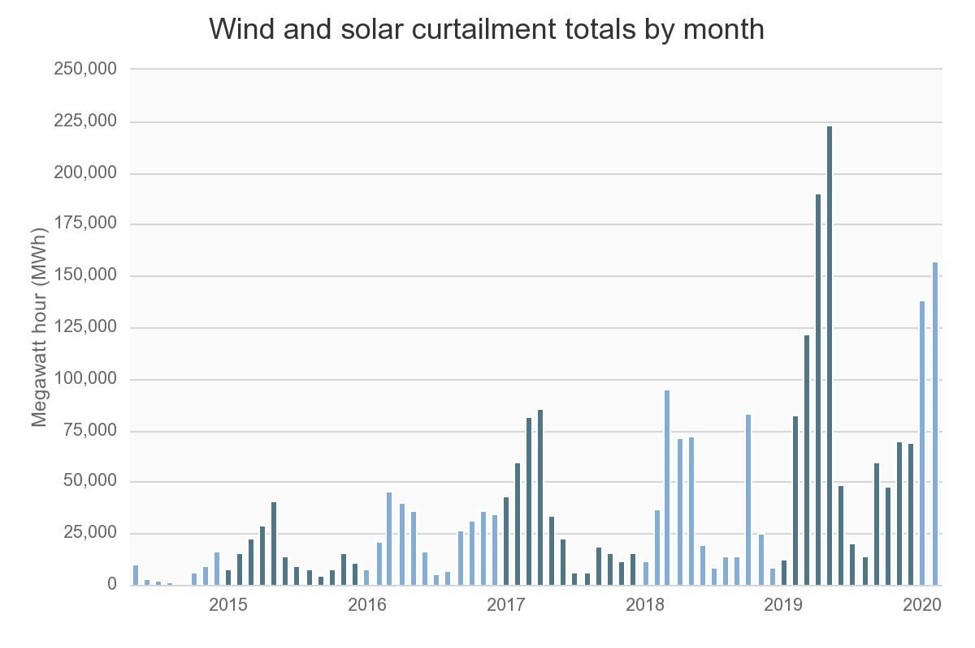 But as Bay Area counties shelter-in-place and non-essential business halt, the problem of too much power has grown. The order has caused load reductions from 5% to 8% on weekdays in a year when curtailments were already spiking. In January, CAISO curtailed 138,000 megawatt-hours of wind and solar, and 157,000 megawatt-hours in February. Keep in mind that CAISO is the grid operator for about 80% of California.

It’s unclear in many states if solar installers are considered ‘essential’ but even if they are allowed to operate, it’s unclear how many customers are still in the market for home solar developers and installers.

“No one is being spared — everything is down across the board,” Bernadette Del Chiaro, executive director at the California Solar and Storage Association, told Greentech Media.

As key states in the solar market put holds on projects and leave many residential developers in limbo, it’s unclear even in the states that have marked storage projects as “essential” what the recovery will look like.

Stay Safe Out There – and by ‘out there’ we mean in your house… Like, forreal, don’t go outside.

Economically, Coal is Out

Right now, in every major market, it’s cheaper to make new investments in renewables than in coal. According to Carbon Tracker, if governments and investors don’t cancel coal projects they stand to lose more than $600 billion. AND by 2030 it will be cheaper to build new renewable energy than to keep running existing coal plants.

Or as Vox put it: Coal is now a loser around the world. 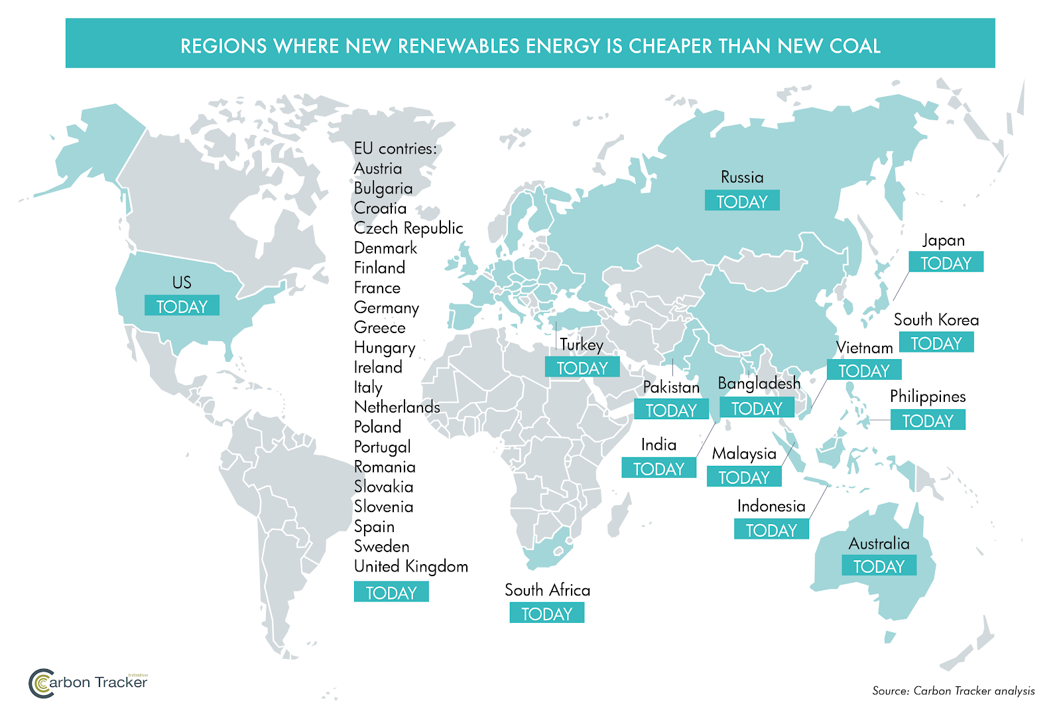 Great! So Hopefully Renewables Replaces All That Coal – But We Still Have The Variability Challenge

Wind and solar power require system balancing because of their variability.

With batteries getting cheaper, many plants are attempting to solve this issue by creating “hybrid power plants” where batteries are installed for on-site storage. A report in the The Electricity Journal lays out the pros (investment and some efficiency increases) and cons (doesn’t give the whole grid operational flexibility). 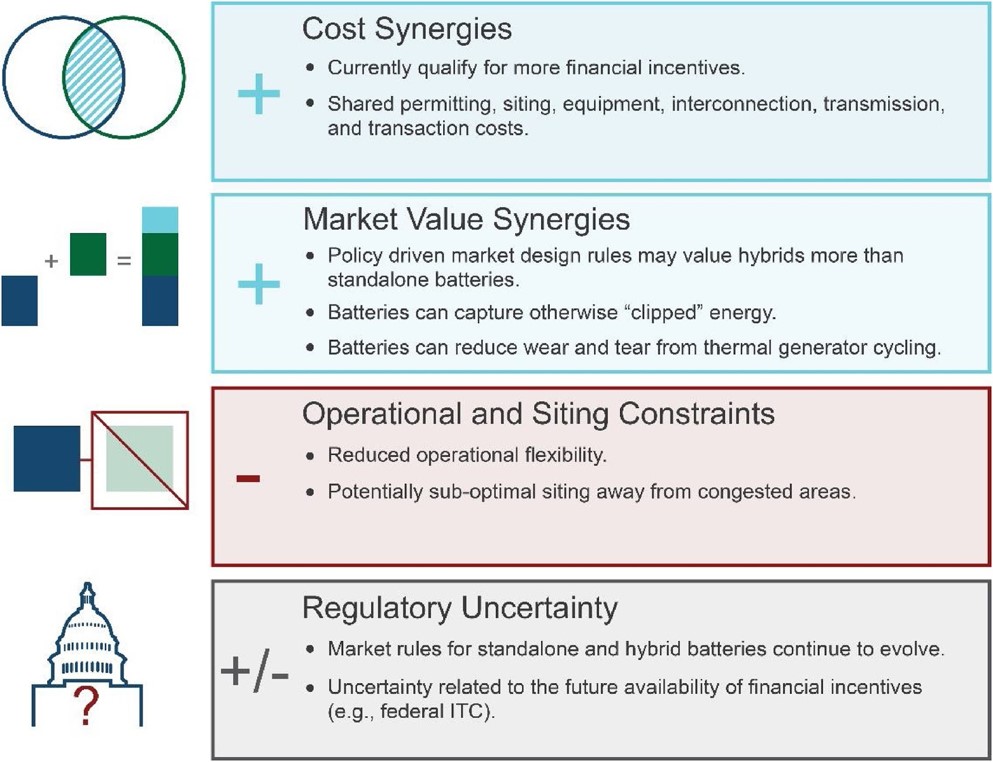 There’s no getting around the fact: renewable energy required grids have long-duration storage, and we just don’t have that infrastructure in place yet. It makes sense – operating a fully renewable grid is a lot different than running one fossil-fuel based. For starters, where operators could power up and down a natural gas plant however needed for demand. But in a renewable grid the wind and sun are the operator in that sense. It’s predictable, but it’s variable throughout the day. So in order to balance out when the power is available, we need long-duration storage.

As we mentioned – California is wasting tons of renewable energy that should be siphoned away for later. But many energy storage technologies built to address this need have failed to scale 💀

I like to think that more often than not the simplest solution is often the smartest (but not always the easiest to come up with). Lithium Ion Batteries are the ‘sexy’ technology but they’re complex, require a lot of mining to produce, can overheat, and degrade every time they’re used. We might see a battery win in this space but if we do, I have my doubts that it will be the good ol’ Li. Mostly because of the simplicity of gravity.

🤘🏼  Holds a MASSIVE amount of power.

♻️ Already built infrastructure can be repurposed or expanded.

😓  Permitting can be hard.

😕 Storage limited by specially made blocks.

It’s a bummer we can’t all have hydro-thermal.