I learned something pretty interesting this week from a friend. It turns out that a lot of people believe – and some surveys show – that climate change can be solved predominately by public sector support and policy development through “Carbon Taxes”.

So I wonder – would you all be interested in reading more about breakdowns of what kind of policy implementation would result in the funding required to drive progress in the climate fight? Reply and let us know! We love hearing from you! 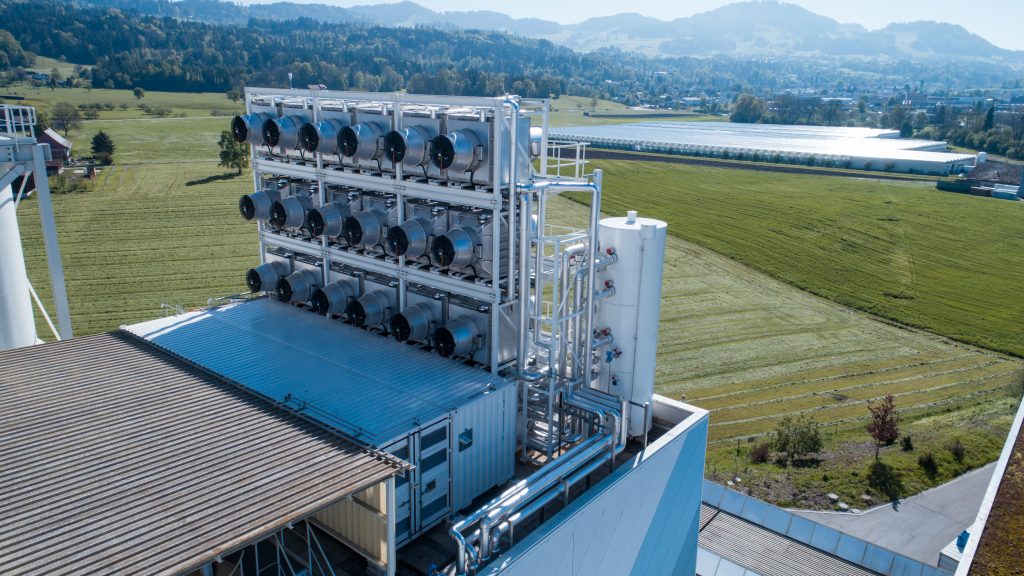 May 2019 – The Rhodium Group published Capturing Leadership: Policies for the US to Advance Direct Air Capture Technology, which projected that global emissions need to reach net-zero between 2045 and 2055 to limit global temperature rise to 1.5 degrees Celsius.March 2020 – The Department of Energy (DOE) announced $22 million for supporting research on direct air capture.May 2020 – The Treasury Department and the Internal Revenue Service issued proposed regulations to help businesses understand how legislation passed in 2018 may benefit those claiming carbon capture credits.

Direct air capture technology is commercially ready for deployment. Companies have proposed at least 30 carbon capture projects to date. There are hundreds of millions of dollars of investment ready to deploy and commercialize direct air capture technology. However, deployment will only occur with federal policy action both in the near and long-term.Up until now, there were little to no financial incentives to capture carbon emissions. Companies can now receive up to $50/ton of carbon captured and permanently stored underground. Projects can now start, and the sooner the better – previous research from the Rhodium Group found that 689 – 2,260 million tons of capture capacity is necessary to achieve net-zero emissions by 2050. Additionally, these projects need to begin construction before 2024 to claim the tax credit. In the current circumstances, it is unclear how many carbon capture projects will get built.Regardless, start on the path to reach net-zero emissions, we need to start efforts to construct direct air capture projects. Not only do these projects have environmental impact, but they will also help create more jobs in the economy. 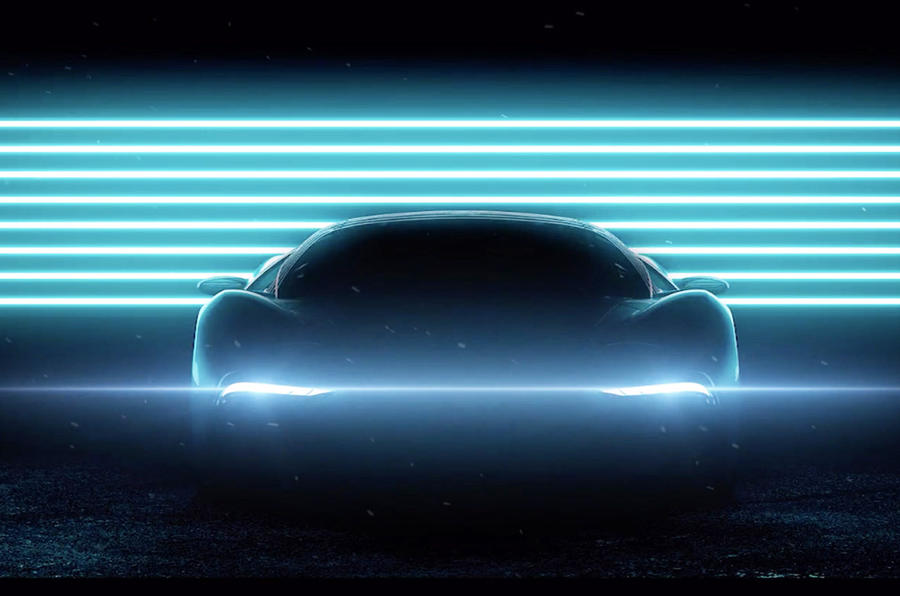 We’ve talked about hydrogen electric vehicles and hydrogen a lot on The Impact. So it’s no question that we are heavily bullish on the potential of hydrogen as a future fuel source. However, many people still bucket hydrogen into the “10 years out” category.

We on the other hand see hydrogen as making impact today ranging from vehicles to new pipeline development and resilience efforts across the grid. This past week has shed light on how across the US hydrogen is making its mark today and where all its breaking ground.

Hydrogen as a replacement for natural gas

Let it be known that natural gas is going no where anytime soon. Which is the whole reason why Berkshire Hathaway purchased Dominion Energy’s natural gas business. Natural gas and Hydrogen are going to have the relationship ICE vehicles will have with EVs.

Much like EVs are exploding in popularity with all the major car makers announcing their own EV lines – Hydrogen development is going to have similar impact in the energy & automotive/transportation industry. Both will still exist just market saturation will flip flop around the 10 year mark is our thesis. Especially since coal is being phased out natural gas will be used in large quantities over the next 10 years as the US invests more into hydrogen development.

One such project breaking ground to replace natural gas and push hydrogen infrastructure is a town in Saskatchewan!

I know, not in the US, but for the purposes of keeping you informed just assume Canada is by association US.

The project in Saskatchewan, Canada is being developed by Proton Technologies and is an attempt and proving that they can develop hydrogen infrastructure to support the town and hopefully export 10% of the total worlds energy needs. Ambitious, but with the way the market is growing and major companies investing in the space, if Proton Technologies breaks the technical barrier they could have a massive business on their hand.
Driving companies like Bloom Energy to re-purpose its Natural Gas product

Bloom Energy – one of our favorite companies and have been watching – has announced that they are starting to adapt their existing fuel cells that are used for natural gas to serve hydrogen.

They, along with companies like Plug Power are heavily betting on electrolyzers as a big business. The benefit Bloom Energy brings to the table is that it has developed it’s fuel cells in house and has the highest efficiency of all currently in the market, per its founder and CEO KR.

With South Korea being their primary focus right now due to its aggressive hydrogen roadmap I doubt it will be long before the US begins to invest in infrastructure to follow what is being done across the world.

Look, I love cars – I just love the engineering behind them and especially the performance side of vehicles gets me excited. Which is why we have talked so much about Rivian and the logic behind using hydrogen in passenger vehicles.

But here’s the thing – most people don’t buy on pure logic only. Which is why we are so excited for Hyperion – the stealth startup that claims its bringing space technology to the road – which is releasing its first super car that is said to be powered by hydrogen and “blow us away” with its specs.

Naturally Covid-19 killed the launch party at the New York Auto Show this year but the hype still exists. We don’t believe hydrogen will be as big in the passenger vehicle space in the US as Toyota believes with its Toyota Mirai which looks great in the new redesign. But hydrogen will be used in large transportation vehicles and industrial settings and that by itself is a big market. For the niche that wants a hydrogen car for the purposes of owning a “hydrogen car” Hyperion will fill that gap on the higher end and companies like Toyota will own the middle class.

The amount of progress we are seeing weekly from great innovators and companies across the world in the hydrogen space proves that hydrogen is here to stay.

Raising $200M 💰 To Reduce Emissions From The Agricultural Industry With Milk 🥛 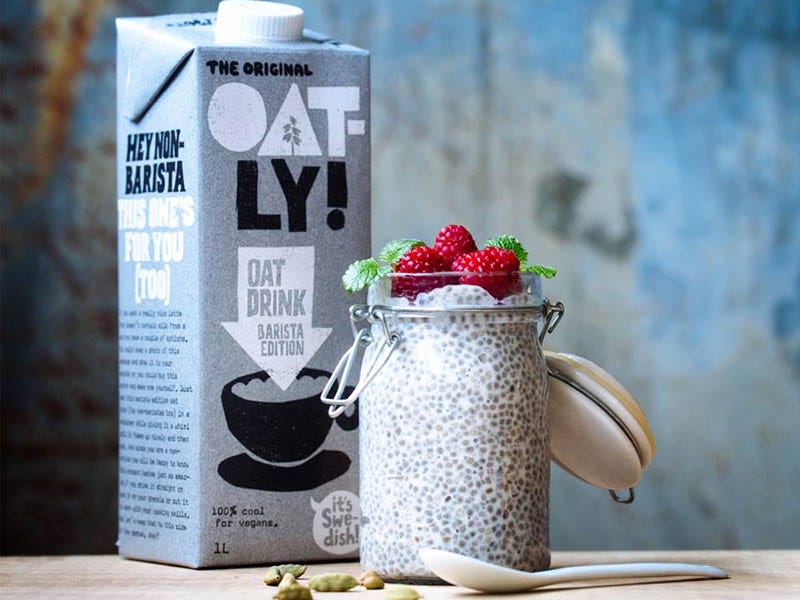 Oatly just raised $200 million at a $2 billion valuation, effective selling a 10% stake in the company. The Blackstone Group led the round of fundraising, along with other backers – Howard Schultz, Oprah Winfrey, Roc Nation, Natalie Portman, Orkila Capital, and Rabo Corporate Investments. There is speculation that Oatly will be moving towards an initial public offering within the next 12 to 18 months.

A 2018 University of Oxford study has shown that milk alternatives are better use of resources than for dairy. The production of Oatly’s oat milk results in 80% lower green house gas emissions and 60% less energy use compared to cow’s milk. The Oxford study goes so far to specify that oat milk has the least environmental impact, compared to other alternative milks, in terms of emissions, land use, and water use.

Oatly’s valuation forecasts the growing popularity of plant-based foods. Consumers are more mindful of which products they purchase and consume, opting for healthier and more eco-friendly products. Beyond Meat is one company to refer to, as they went public last year (NASDAQ: BYND). The company went public at $25 per share, hit an all-time high of $222 and is now around $130.

Sales of plant-based foods that replace animal products have grown 29% in the past two years to $5 billion. Plant-based milk represents $2 billion of those sales, and has experienced a 14% growth in sales over the last two years. As oat milk is more environmentally friendly than almond milk, which drove the most sales in 2019, this investment will accelerate oat milk’s growth into the market. 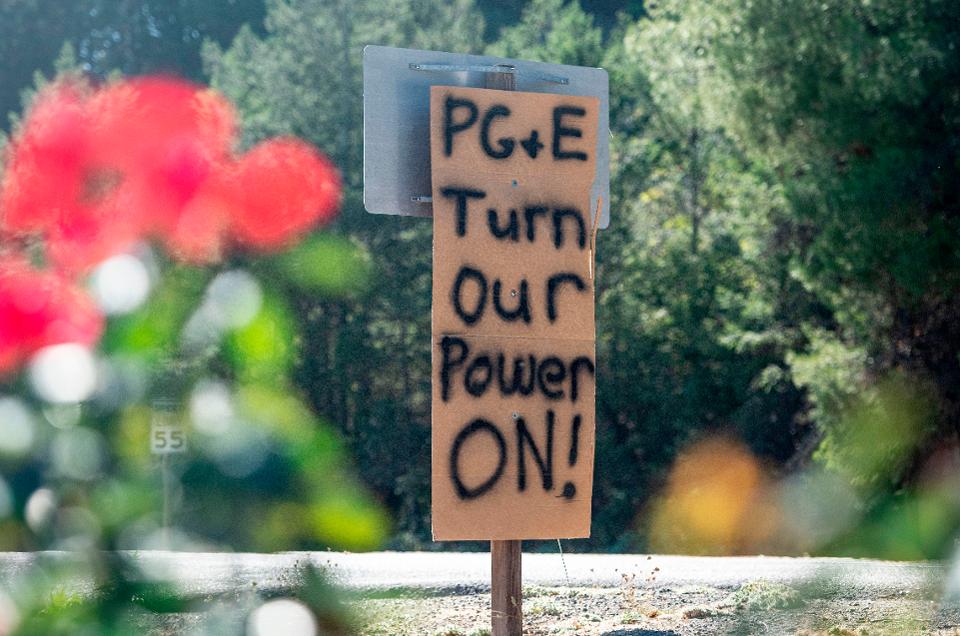 The nationally covered blackouts in The Bay Area last year was a pivotal point for accelerating policy & enabling battery storage to become a surging purchase in 2020.

Most people in the San Francisco region that were affected are pushing to have their systems up and running by utilizing Tesla Powerwalls and pairing it with solar. Driving sales for companies like Sunrun and local installers up due to heavily increased demand. This adds complexity but additional resilience to the grid with a distributed set of energy resources and generators to tap into across the US – hence Sunrun has moved to partner with companies like Autogrid to develop VPP and Demand Response programs with their system.

It’s great for the utilities and policy makers due to the fact consumers are opting for a more expensive energy storage system as opposed to a standby generator.

This energy storage boom naturally begs the question of –

Well as a starting point – FERC just had Order 841 upheld in court this Friday. This allows regional operators to form wholesale markets for energy storage with systems as small as 100 kWh. This is huge as now that additional capacity that is unlocked across the grid enables for battery systems to communicate and share stored power with local microgrids.

The resulting incentives and financial support that will be created in deregulated markets for electric retailers is going to be ridiculous. In a good way of course. With the potential for wholesale markets forming the cost of deploying or implementing energy storage at every property being built will drop precipitously.

This likely means we will see EVEN BIGGER grid scale batteries

This is something already happening, especially in San Diego – which has a monopoly on the biggest battery banks today.

LS Power the grid infrastructure focused Private Equity firm has built two of the biggest batteries in San Diego. Just last month they turned on the biggest one at 62.5 MWh of capacity.

The biggest system before this was built by LS Power for their 40 MW Vista project. However, with new incentives and increased demand from PG&E and other utilities throughout California will drive even bigger batteries to be deployed in order to sustain the aggressive climate positive goals set by policy makers.

Ravi Mikkelsen joins us to share how switching to the right bank can actually accelerate our move to sustainable energy & resources across the board.

Writers: Swarnav S Pujari, Ian Sumner, Daniel KriozereIf you aren’t absolutely thrilled with The Impact, reply and let us know why. Or you can unsubscribe from all updates by clicking here.Copyright ©  The Impact 2020. All Rights Reserved || 19 Morris Ave, Bldg 128, Brooklyn NY 11205